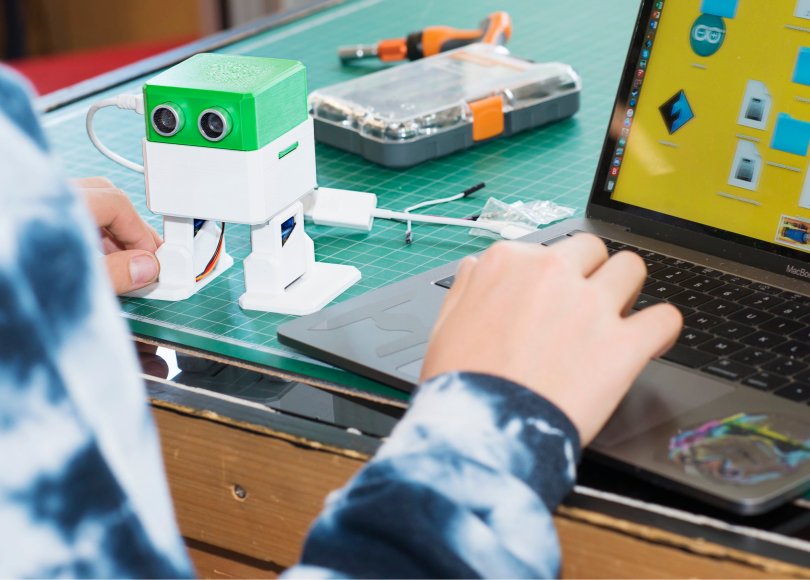 Camilo is a Product Design Engineer and the Founder of Otto DIY. He’s a Designer by profession, roboticist and 3D printing enthusiast by passion. Born in Colombia a drive for adventure and pursuing his dreams took him to China in 2014, while working in Shanghai for a multinational inflatable toy manufacturer, he wondered upon the very first Hackerspace in China. There he started playing, learning and experimenting with DIY robots. At that time DIY robots were only accessible to professionals, and not well known to the general public.

After coming up short with finding an easy to make robot for all ages, he realized what he needed to do. Bring to the market an open source robot that anyone can make. He bought a 3D printer and in a couple of months the iconic shape of Otto was made functional.

Since then thousands of people started using Otto all around the world due to it’s simple Do-it-yourself home assembly attributes.

Otto DIY is headquartered in Czech Republic, the center of Europe where the term robot and the best open source 3D printer was created. Thanks to Otto DIY open source nature, it has become one of the most popular 3D printable robot designs in the world. And by the way: Otto is the first-ever Open Source Hardware certificated project from the Czech Republic!